During the late ‘80s and throughout the ‘90s I worked with some of Britain’s top photographers as their photographic assistant, one of the photographers predominantly worked for Country Life magazine and we travelled extensively throughout the UK and Ireland photographing gentry, their estates, the estate workers and a vast array of the finest farmyard animals in their care and the abundant wildlife. It was on these assignments that I became fascinated by the sheer natural beauty of our surroundings.

In the late ‘90s having gained a wealth of photographic experience, I became a professional photographer in my own right, working mainly in below the line advertising and went on to specialise in interiors photography.

Having worked closely with interior designers for many years I became a little tired of seeing the same images used time and time again, and so I set out to produce my own colourful abstract photographic artworks that would be bespoke and appeal to the high-end ‘luxury’ market. In 2016 I underwent an invasive heart procedure and during the recovery period I was unable to take on commissions allowing me to focus on my own photographic projects, one of which was Project Plumis.

From the outset my desire was to showcase the rich, sumptuous, iridescent colours and delicate textures of pheasant plumage, with the intention of evoking curiosity and discussion, leaving the observer with a feeling of warmth and pleasure in nature’s natural beauty and colour palette. 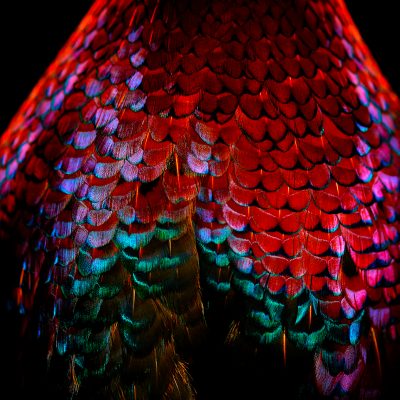 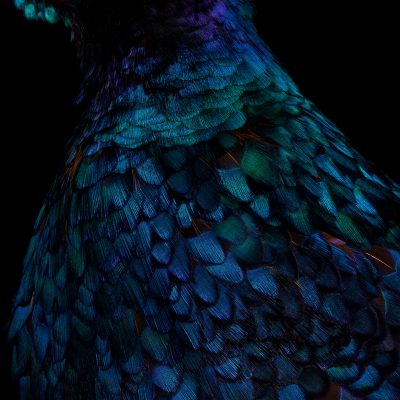 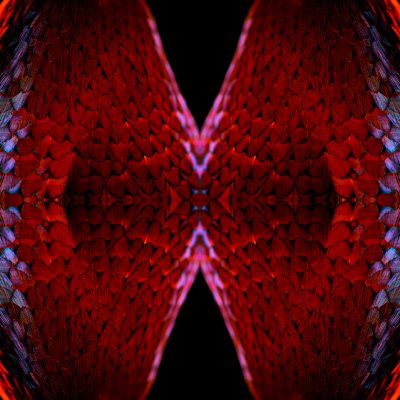 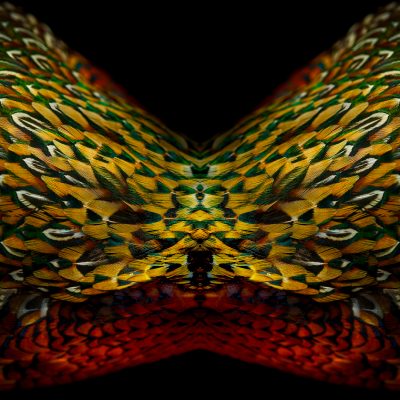 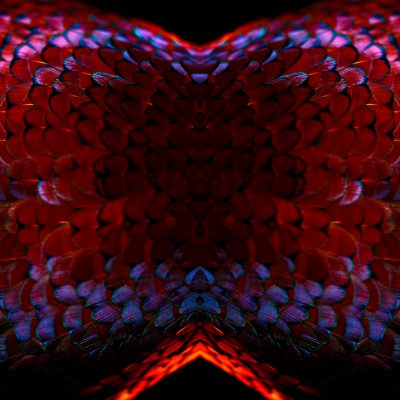 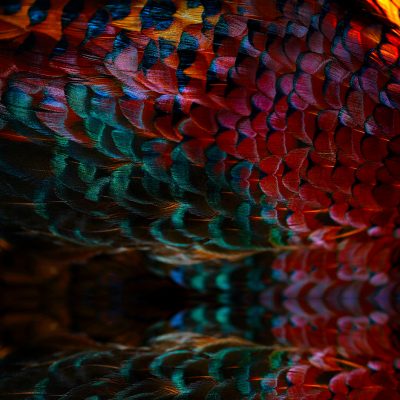 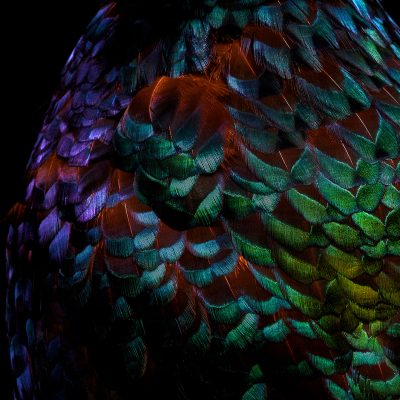 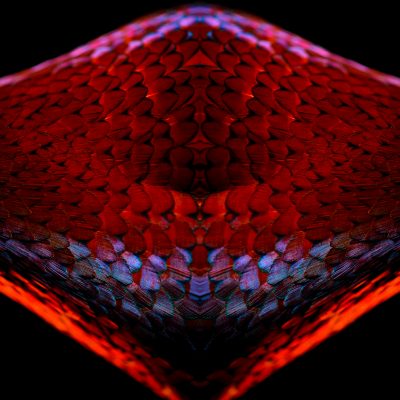 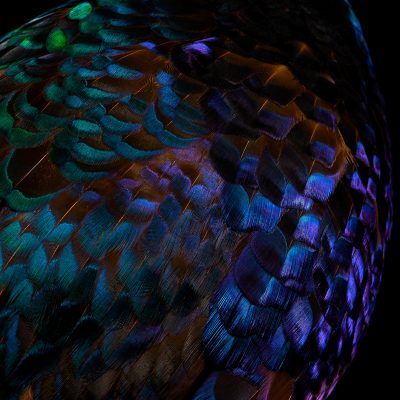 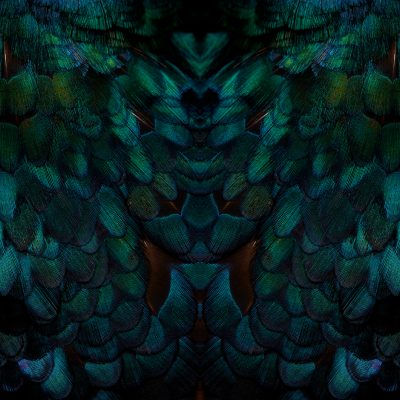 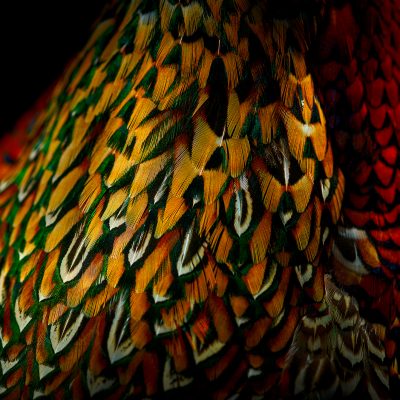 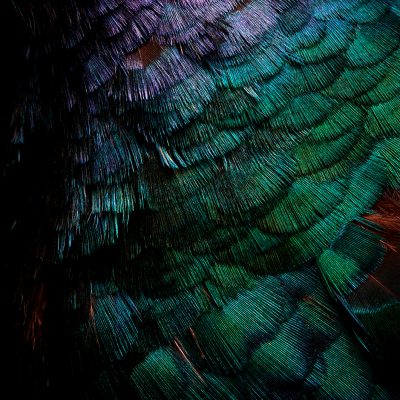 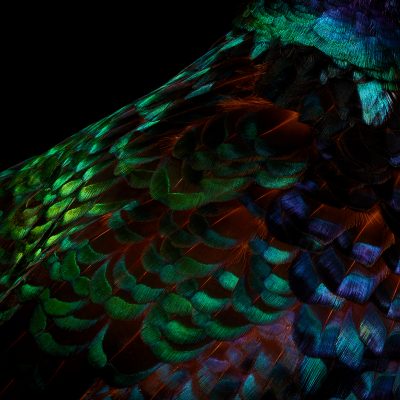 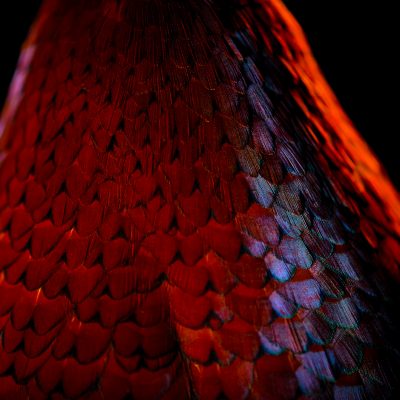 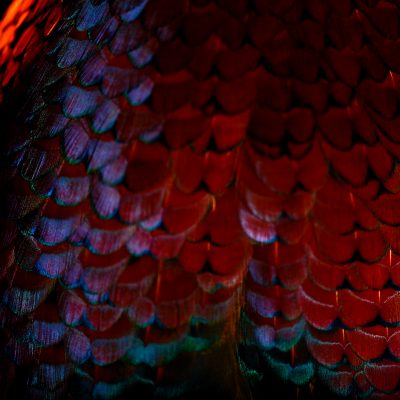 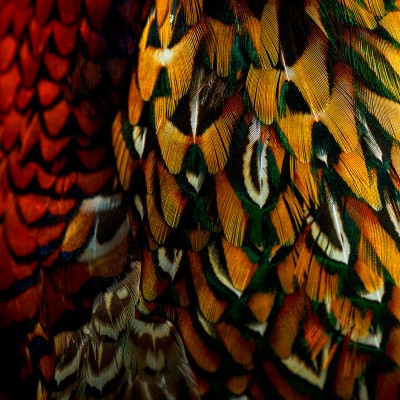 Plumis
Back to All Projects >